Following the Footsteps of Bert Bentley Stoke on Trent photographer, Dec Brennan, saw the images of Bert Bentley online and was immediately captivated by the old images taken by Bert in the 1960’s. He went out with his camera one day to try to capture one of the same images as it is today and was hooked in the pursuit of imitating these images around the City. Bert was a miner and had retired by the time he was taking these wonderful photographs of the City. He was also the Founder of the 5th Stoke on Trent and Newcastle (Normacot) Scout Group. He lived in Normacot, in a house, which happened to be just around the corner from Dec who was aged about 2 years of age when Bert was executing the photographic endeavours. Dec has been an avid photographer from an early age; he had his first camera when he was 8 years old and only got into the digital age not so long ago. His main interest is the changes that have occurred to the city over the decades and hopes that someone else will take this gauntlet on in another 50 years time. The start of this project was funded by, Cllrs Andy Platt and Alistair Watson. With support from Sporting Communities and the Stoke on Trent City Archives Staff. An article from The Sentinel on 14th December 1973. Longton pensioner, Bert Bentley, was given a big civic “Thank You” for his gift of 9700 slides to the City Library. The series of slides date back to the early 1960’s and depict Stoke on Trent and North Staffs as it used to be. Already some of the buildings on the slides have disappeared in the path of progress and as more go, the slides will gain in value to the city. Yesterday, the retired miner, Mr Bentley of 185 Meir Road, Longton was guest of the Lord Mayor of Stoke on Trent, Mr Arthur Cotton, who thanked him on behalf of the City for his gift. And the Lord Mayor presented 82yr old Mr Bentley with a Doulton Figure, “The Beachcomber” for his generosity. 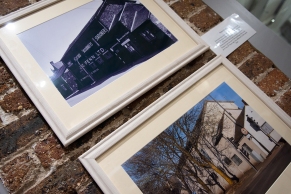 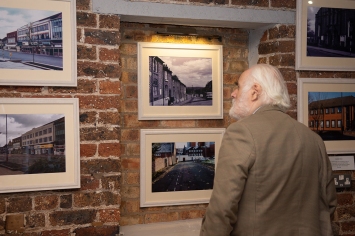 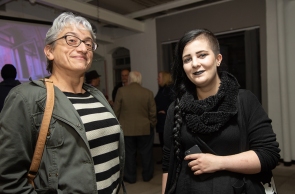